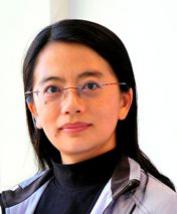 Affiliation:
University of Maryland, College Park
Job Title:
Professor & Distinguished Scholar-Teacher
Expertise:
Information Forensics & Security; Multimedia Signal Processing
External links:
Home Page
Google Scholar
LinkedIn
Min Wu is an ADVANCE Professor and a Distinguished Scholar-Teacher at the University of Maryland, College Park. She did her undergraduate studies at Tsinghua University in Beijing, China, and received her Ph.D. degree in electrical engineering from Princeton University in 2001. Since 2001, she has been on the ECE faculty of the University of Maryland, College Park, and leads the Media and Security Team (MAST), with main research interests on information security and forensics and multimedia signal processing. She has published two books and about 145 papers in major international journals and conferences, and holds eight U.S. patents. She coauthored several papers being recognized by paper awards from the IEEE Signal Processing Society, EURASIP, and ACM. She received an U.S. NSF CAREER Award in 2002, a MIT TR100 Young Innovator Award in 2004, an ONR Young Investigator Award in 2005, a Computer World "40 Under 40" IT Innovator Award in 2007, the IEEE Mac Van Valkenburg Early Career Teaching Award in 2009, a University of Maryland Invention of the Year Award in 2012, and the IEEE Distinguished Lecturer recognition in 2014. She has served as Vice President - Finance of the IEEE Signal Processing Society (2010-2012), Chair of the IEEE Technical Committee on Information Forensics and Security (2012-2013), Technical Program Co-Chair of the 2013 IEEE ICIP Conference, and Founding Chief Editor of IEEE SigPort initiative (2013-2014). She has been appointed Editor-in-Chief (2015-2017) for the IEEE Signal Processing Magazine - one of the top impact journals in electrical and computer engineering worldwide. She is an IEEE Fellow for contributions to multimedia security and forensics.