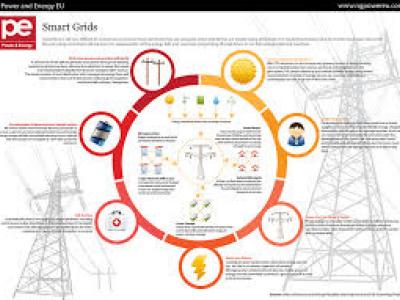 The vulnerability analysis is vital for safely running power grids. The simultaneous attack, which applies multiple failures simultaneously, does not consider the time domain in applying failures, and is limited to find unknown vulnerabilities of power grid networks. In this paper, we discover a new attack scenario, called the sequential attack, in which the failures of multiple network components (i.e., links/nodes) occur at different time. The sequence of such failures can be carefully arranged by attackers in order to maximize attack performances. This attack scenario leads to a new angle to analyze and discover vulnerabilities of grid networks. The IEEE 39 bus system is adopted as test benchmark to compare the proposed attack scenario with the existing simultaneous attack scenario. New vulnerabilities are found. For example, the sequential failure of two links, e.g., links 26 and 39 in the test benchmark, can cause 80% power loss, whereas the simultaneous failure of them causes less than 10% power loss. In addition, the sequential attack is demonstrated to be statistically stronger than the simultaneous attack. Finally, several metrics are compared and discussed in terms of whether they can be used to sharply reduce the search space for identifying strong sequential attacks.

"This paper has won the best paper award from IEEE International Conference on Communications (ICC'14), Sydney, Australia, Jun. 10-14, 2014. The full paper will be available in IEEE Xplore."

"Currently, the first author Yihai Zhu is looking for a PosDoc job. His information can be found at "http://www.ele.uri.edu/~yhzhu/". If you have any question about this paper or job openings, please feel free to contact him."