Cellular backhaul networks usually consist of commercial microwave links, known to be sensitive to weather conditions. The management network systems usually provide records of measurements of the transmitted and the received signals levels from the different microwave links for monitoring and analyzing the network performance. Many of them log only the minimum and the maximum levels of the transmitted and the received signals in pre-set intervals (usually 15-minute). Moreover, only quantized version of these measurements are logged.

In this work, we propose a new symbol detection method in faster-than-Nyquist signaling for effective data transmission. Based on the frame theory, the symbol detection problem is described as under-determined linear equations on a finite alphabet. While the problem is itself NP (non-deterministic polynomial-time) hard, we propose convex relaxation using the sum-of-absolute-values optimization, which can be efficiently solved by proximal splitting. Simulation results are shown to illustrate the effectiveness of the proposed method compared to a recent ell-infinity-based method. 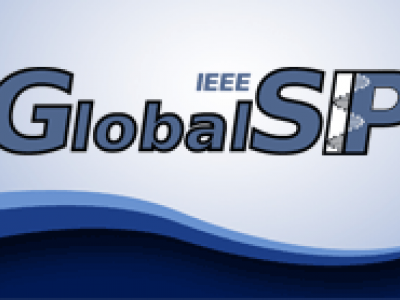 Optical wireless communications (OWC) in general
and resource allocation in OWC networks particularly have
gained lots of attention recently. In this work, we consider the
resource allocation problem of a visible light communication
downlink transmission system based on time division multiple
access with the objective of maximizing spectral efficiency (SE).
As for the operational conditions, we impose constraints on
the average optical intensity, the energy consumption and the

This paper proposes regularized version of Variable Step Size Normalized Least Mean Square algorithm (RVSSNLMS) for iterative channel estimation scheme in MC-IDMA system. The proposed scheme is based on the exploitation of the inherent sparsity in the OFDM channels.

This paper studies resource allocation for a multi-carrier based cognitive radio network under the assumption of statistical channel state information (CSI). To circumvent the inherent high computational complexity investigating the joint power-rate-subcarrier of the outage-constrained sum rate maximization problem, we adopt a sub-optimal strategy by solving independently the subcarrier and power-rate problem. Firstly, we propose a heuristic subcarrier allocation paradigm by utilizing an outage-based metric.

We consider stochastic motion planning in single-source single-destination robotic relay networks, under a cooperative beamforming framework. Assuming that the communication medium constitutes a spatiotemporal stochastic field, we propose a

The transformation of traditional energy networks to smart grids can assist in revolutionizing the energy industry
in terms of reliability, performance and manageability. However, increased connectivity of power grid assets for bidirectional communications presents severe security vulnerabilities. In this paper, we investigate Chi-square detector and cosine similarity matching approaches for attack detection in smart grids where Kalman filter estimation is used to measure any deviation from actual measurements. The cosine similarity matching approach is